This research was conducted as a self-study by three students in the department of Information Science and Culture. As one of them, I participated in the whole process of research and development for 4 months. (July to October, 2016)

The study aims to improve user experiences in CPR training. We set the target user as people who are getting retraining, so that they can be remind on how to conduct CPR more effectively.
It is designed to help participants decide whether the CPR is needed or not in particular situations.
For example, There are three situations: drunken, epilepsy, and cardiac arrest.
Participants should do CPR only when the manikin is on cardiac arrest situation. If he/she does CPR when the manikin is in a drunken or epileptic state, the device will die. Also when the trainee makes a good choice and then does CPR, whether he/she pressed the chest appropriately will be checked (in matters of both depth and speed). In case of success, the manikin will be revived and its face becomes bright with a burst of applause. X) 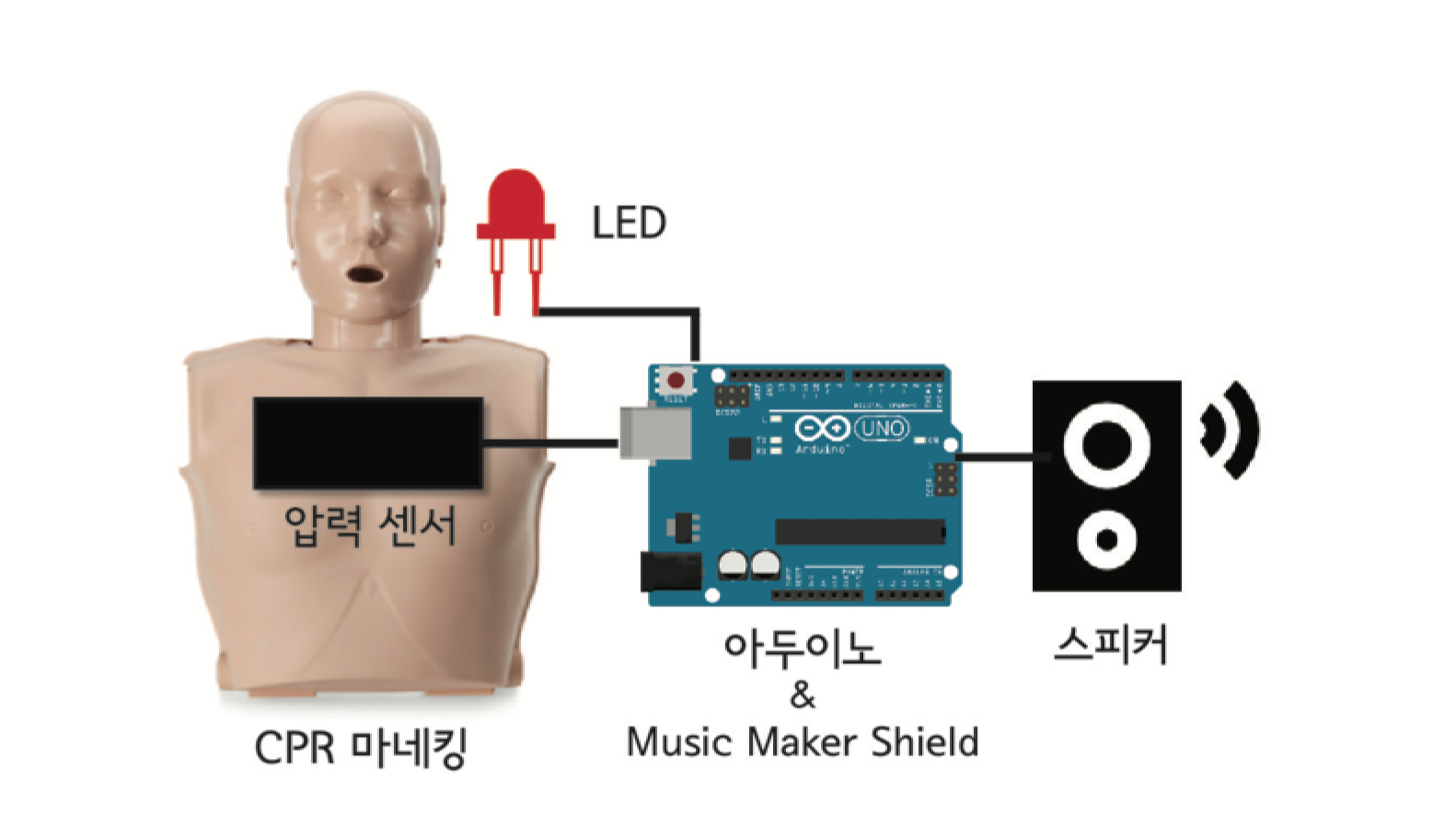 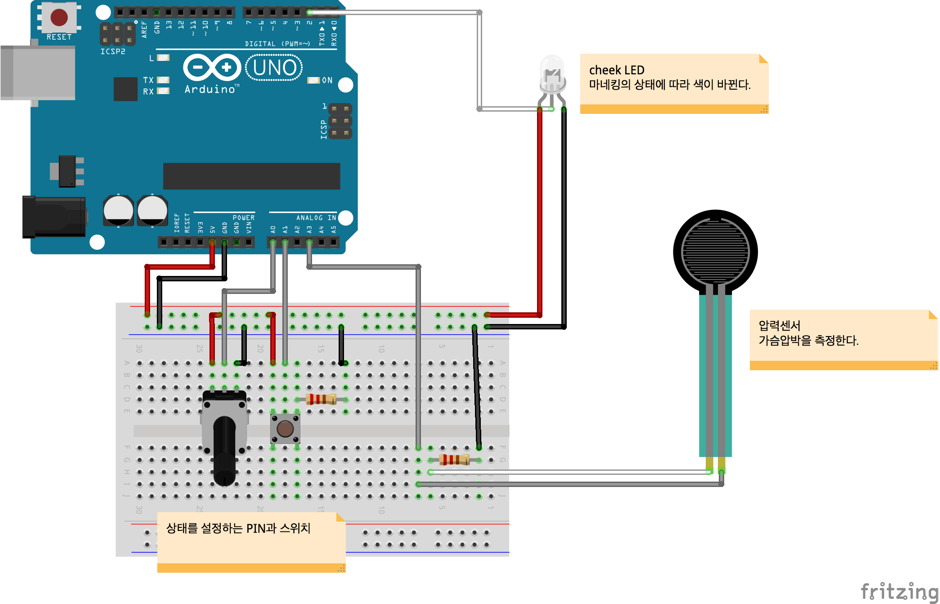 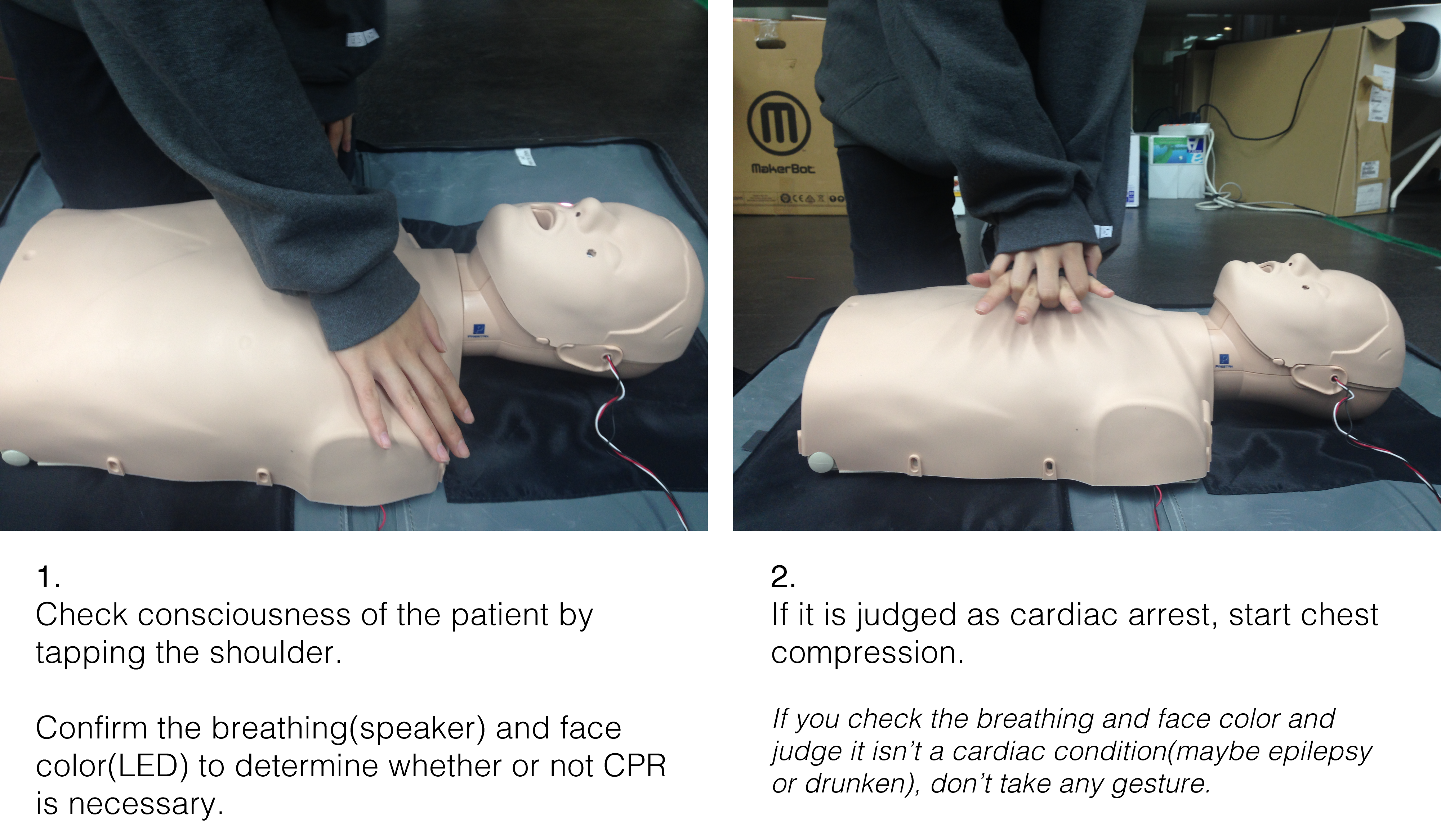 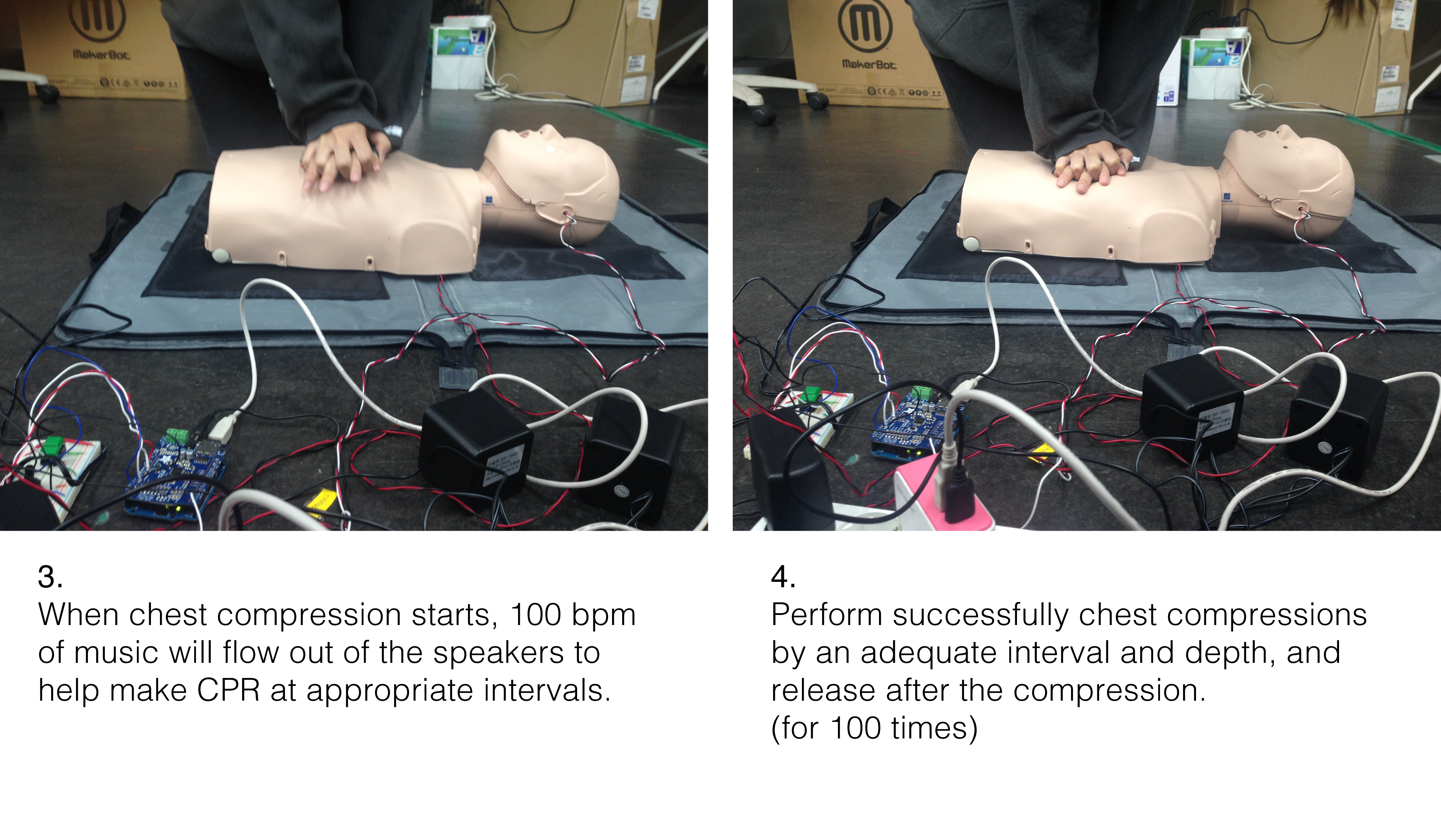 different face colors according to conditions

Arduino source code 2: Setting the LED color for the face of manikin

You can see the research report(Korean) here.

Here is our Github repository.