Mask is composed of series of 2 performances.
One is a sort of dance/movement using sound system made of Arduino and pressure sensor. Three of my friends and I worked together.
Another performance is my own solo, using camera, audio system and handout etc.

The theme is about today’s fatigued-society, which makes people put on a mask to conceal themselves and to justify themselves to endure irrational situations and regard them as inevitable conditions. 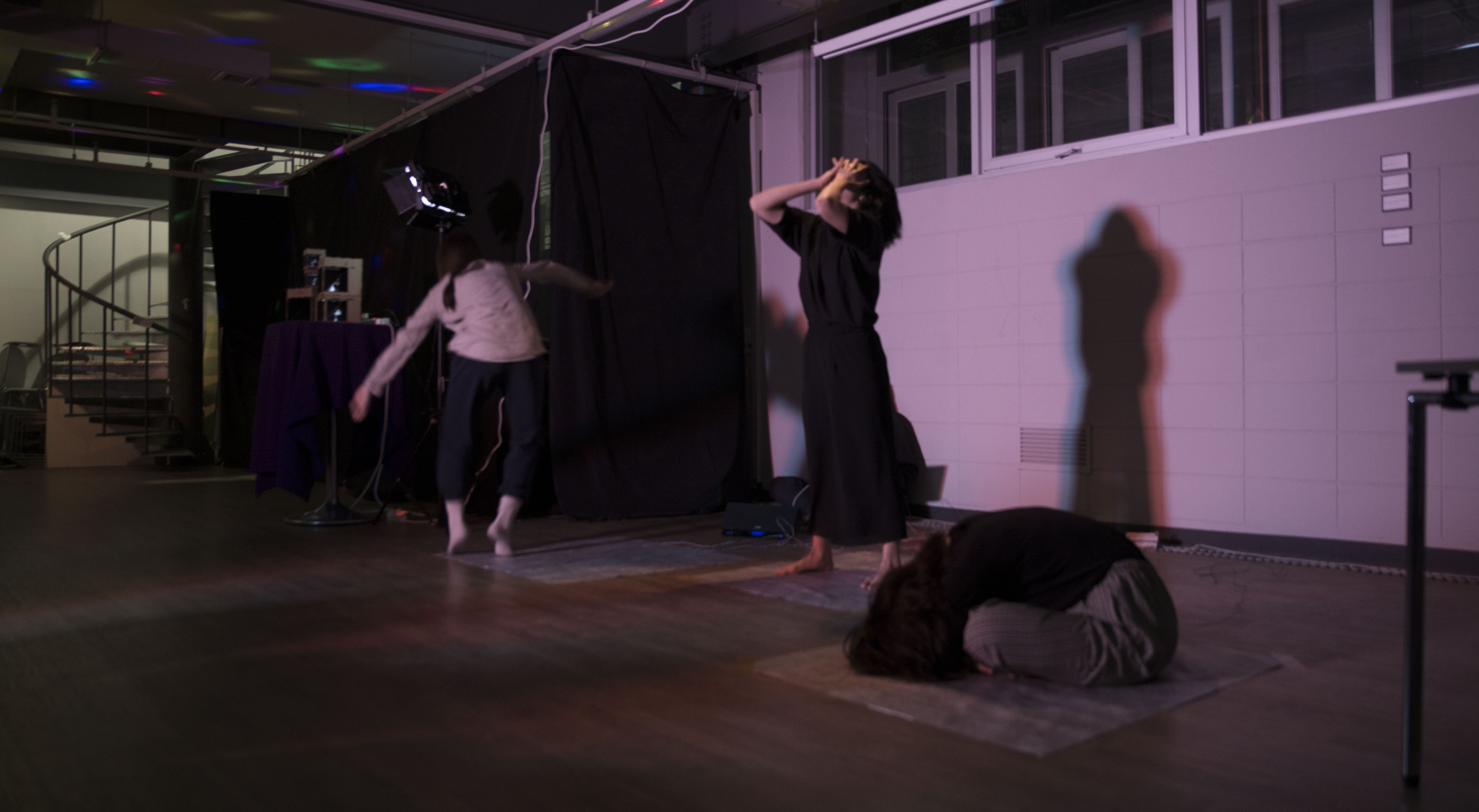 Group performance Mask was especially motivated by the ‘Müdigkeitsgesellschaft (The Burnout Society)’ by Byung-Chul Hanl and ‘Liquid Times’ by Zygmunt Bauman. In a society where achievementism, and successism are prevalent, our ‘body’ is no longer a part of ‘ourself’ but rather a tool for us to exploit and use efficiently. Thus through gestures, we wanted to express our cries about the reality. A reality in which our mind has to brainwash itself with the forced positivity and possibility so that we cannot (or must not) feel tired and exhausted.

The four participants discussed about the topic together and expressed their feelings of fatigue and obsession based on their experiences. Three performed movements, and one implemented the sound system. Based on discussion, we created motion, sound effects, background music, and implemented the sensor on the floor. When moving at one’s position, each sound effect on the floor matches each theme of movement. The awkward sounds of each of performer were aggravated by how we move, or in reverse, our actions became restrained by the sounds. 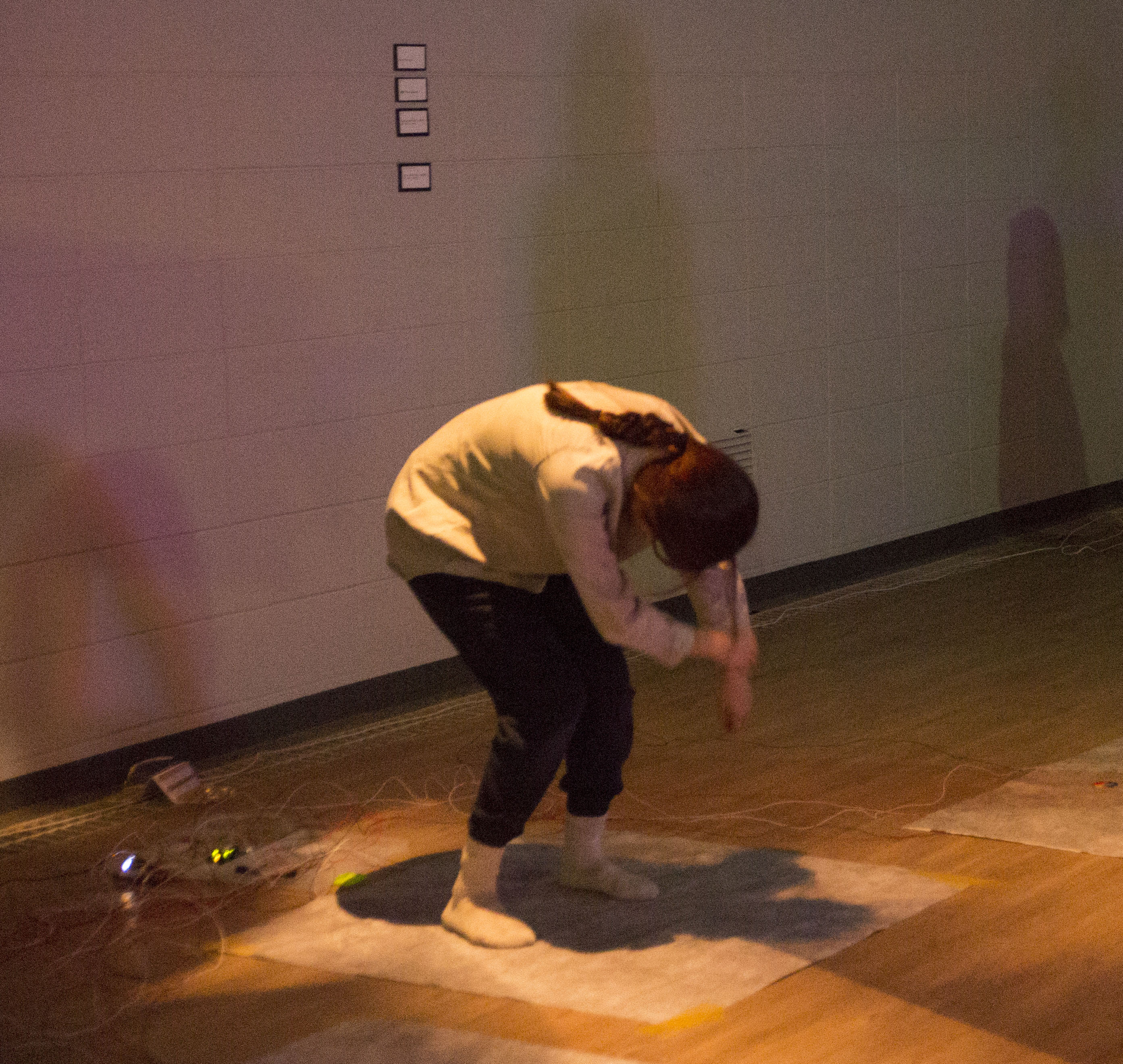 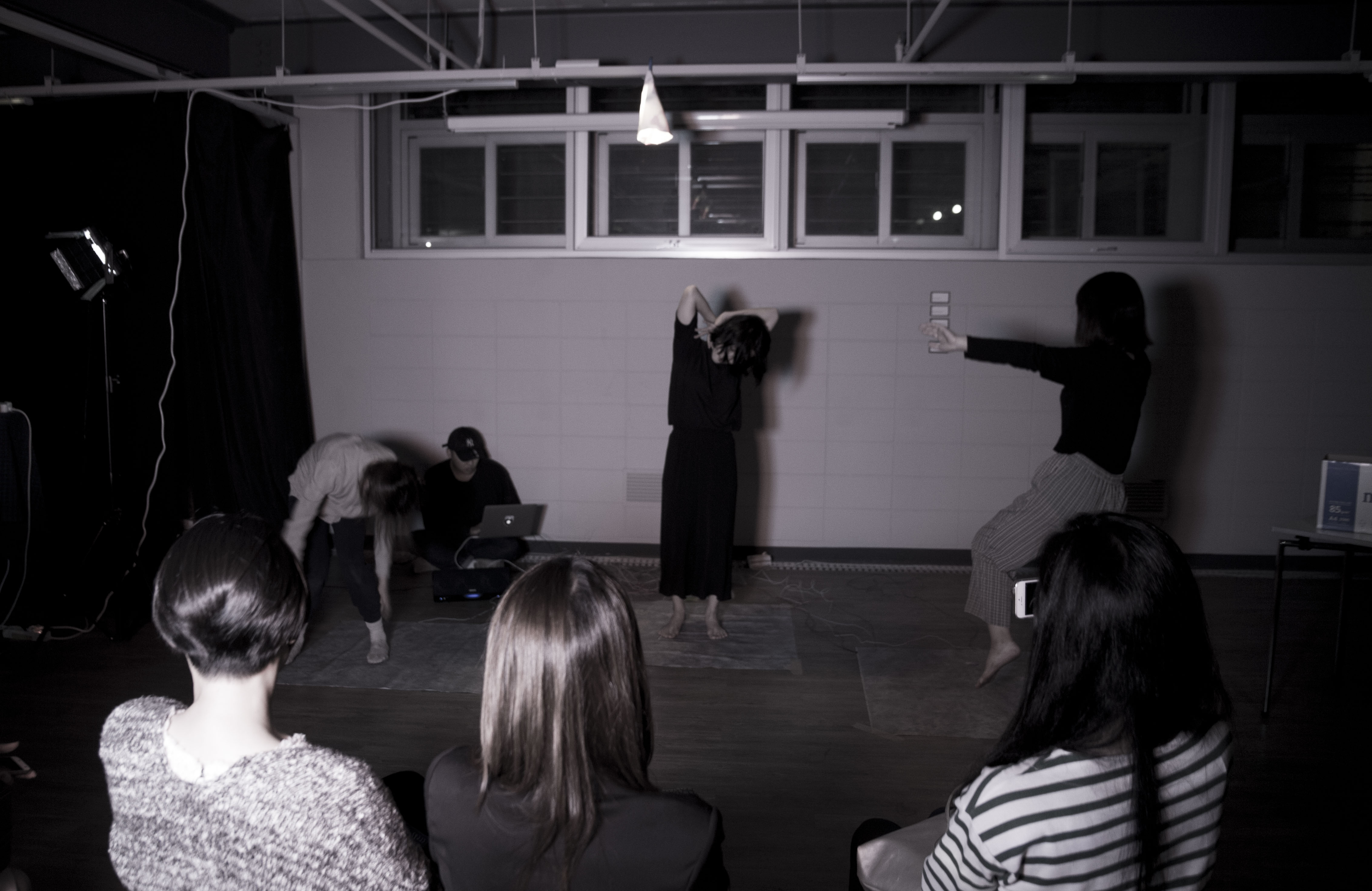